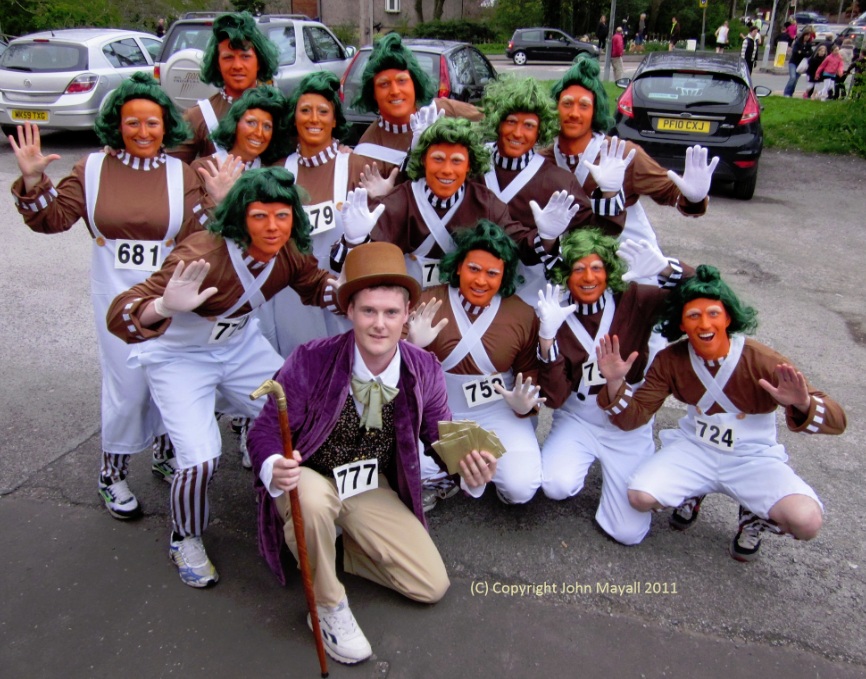 Steve's four sons, their mates and celebrity chef Andrew Nutter at the 2011 race


This 4 mile road race starts in Norden, Rochdale, by the old garages on Edenfield Road. After a short uphill section, the route is undulating but generally fast and down hill until the three mile point.  Then its slightly up hill from the Rochdale football club.  Beware - the end is not at the garages where you started - it's a little further on near Bagslate Moor Road.

Plenty of serious club runners take part in this race, in addition to what must be the best collection of fancy dress runners in the area. In 2008 we had Woody, Buzz lightyear, two giant babies, a flower pot man, Tigger, Scooby Doo and plenty more.  In 2008 there were an incredible 5 hulks, all bright green and with torn cloths and all.  After the race Andy O'Sullivan gibes out loads of prizes (including all ladies this year) in the pub.

2011 update - Willy Wonka's chocolate factory was the theme this year.  The start line was slightly further back and there was some confusion (well lots of confusion) about where the finish line was.  The times were generally of the person behind.  Even so, a really well attended and enjoyable event. 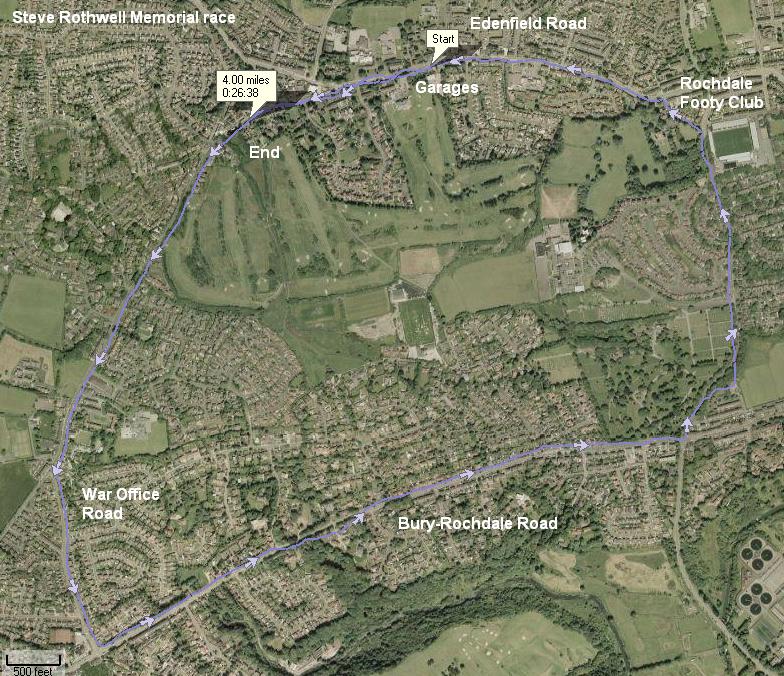