This year Saddleworth was selected to host the Greater Manchester Junior Fell Running Championshoips.  These took place on the morning of the seniors race.  The seniors race was well attended and had plenty of prizes for a very reasonable £4 entry fee.  There were bacon and egg butties available, tea and coffee.  I recommend this tough shorty.

This is a great course for a shorty.  It begins from Tanners Mill, goes up the road and up through a well kept private garden with about 10 million flags on it.  I half expected Julie Andrews to appear in full voice at this point, but she didn't.  Then its up a steep climb to be greeted by stunning views. Left around the flag and its up and down for a while, then a VERY steep grassy descent to the Julie Andrews field and a fast run back.  Disappointing turn out in 2006, no idea why as its a cracker.

The red line shows the route: 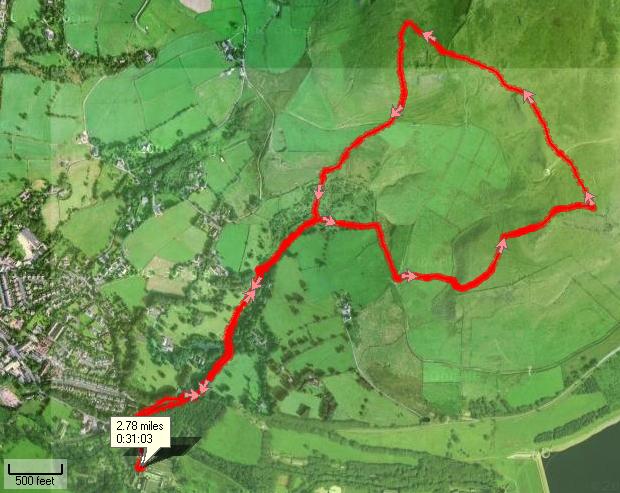 The 2004 event was held on the anniversary of D Day.  It was about 23 centigrade and he ran the entire race in this gear. 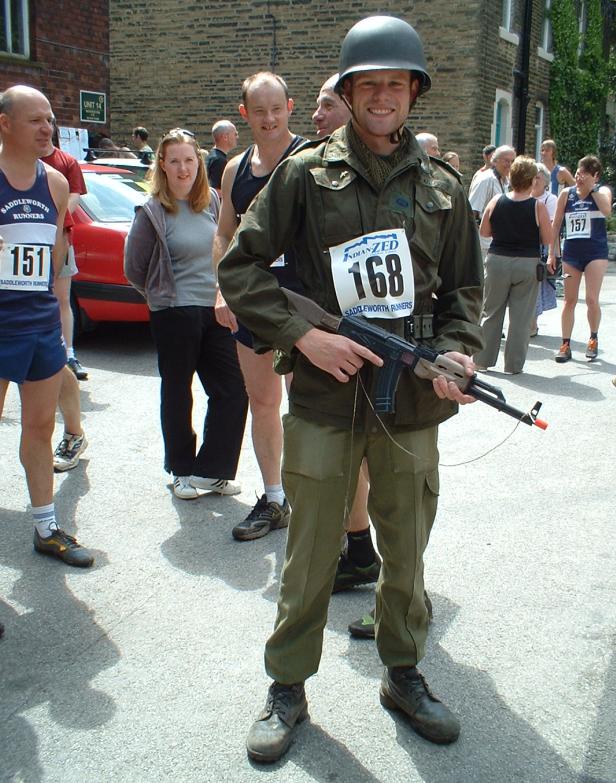