From Mytholmroyd Community Centre (map),14th May 2006

Only a couple of years ago this was a mid-week race with only about 30 runners.  It faced extinction.  Then it was moved to a Sunday and the numbers increased.   This year Mytholmroyd was a counter race for the 2006 Rochdale, Rossendale, Radcliffe and Middleton Harriers' Fell Race Grand Prix so it attracted a particularly good turn out (150 finishers).

The race starts with a steep climb up to Hill House Farm.  En route the first stile is called "Kissing Gate".  This created a long queue but it didn't live up to its name.   After being stationary for a few minutes I realised why my team mates had legged it at the beginning!  So after 18 minutes, and with a whole mile and 5 stiles under my belt,  the course crossed Midgley Moor to Luddenden Dean. After the bridle track there was the second big climb up the steps at Hough Dean. After that it was fast running, joining Calderdale Way (part of leg 4).  Finally its an ultra fast descent down the hill you queued on at the beginning.

Overall this is pretty fast course (queues aside), scenic and suitable for both new and experienced fell runners.   Not very muddy but fell shoes are useful for the descents.

Re: Kissing Gate, Stringman bought some wood the very next day after the Mytholmroyd race and is planning to construct a new wooden gate or removable piece of fencing at the side.  This will remove the bottleneck before the Wicken Hill Whizz in June 06 and for future events sharing the same start.  What a nice bunch they are from Halifax. 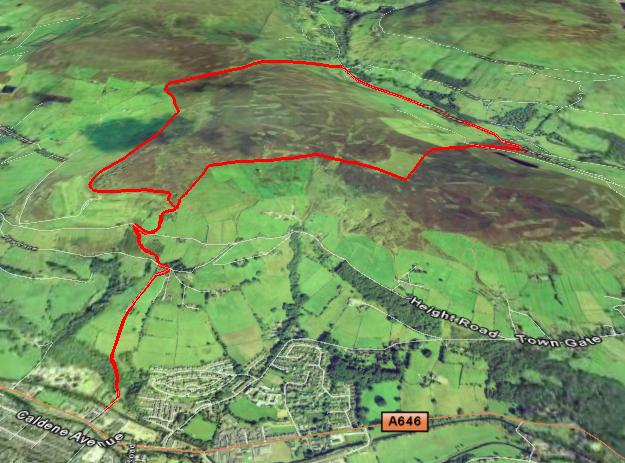