This was an out and back course, with runners heading up the hill using the same stiles as faster runners on the way down.  That made for some interesting negotiations.  The course was quite good under foot and runnable.

The bogs were mostly not too deep, although one Rossendale junior did sink to waste depth and needed pulling out of one bog.  The road to the finish was hard and uneven, but the complementary cream egg at the end made it all well worth while.  A great, well run race that feels longer than it is.  There were changing rooms, showers and results on-line the same evening.

The course was changed at the end to avoid the hard finish, diverting left and taking the steep muddy path down used in the XC races and crossing the fields.  This made the course a little longer but it was better for it.  In contrast to 2006 the weather was superb, and there were 182 starters in the Seniors race.  Perhaps a victim of its own success, the queues at the stiles were frustrating this year with long waits at some of them. 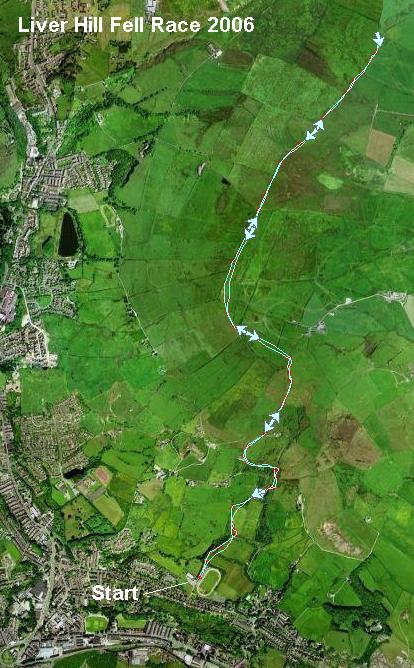 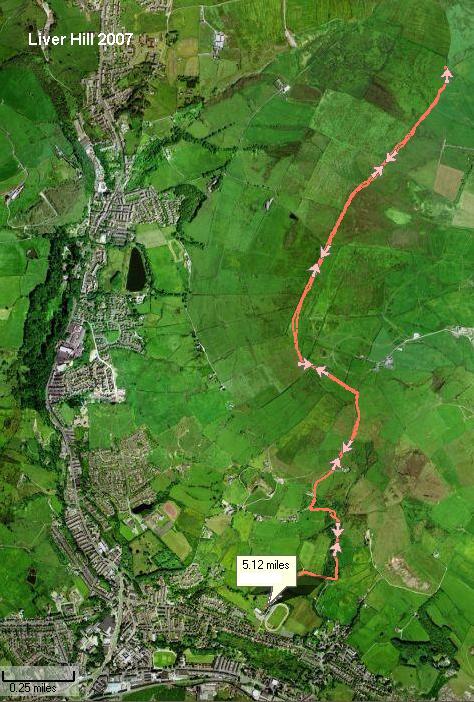 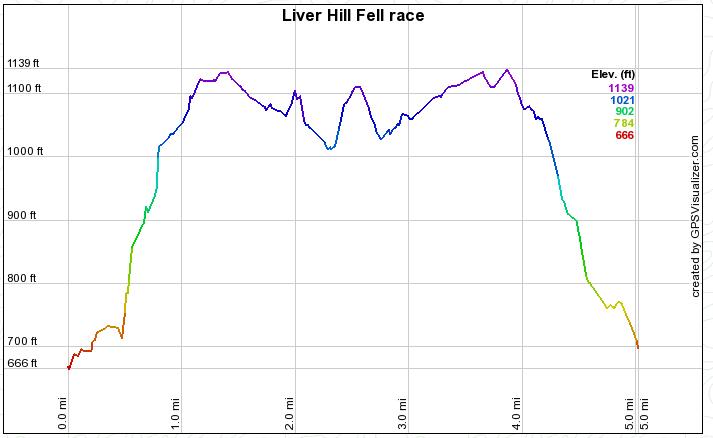